The importance of the Promoter in experiential marketing 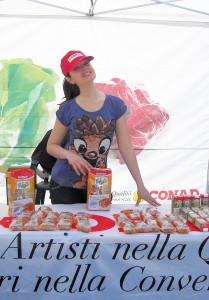 During the 1980s and 1990s, advertising communication, conveyed mainly through the general media, had defined its clear separation from the distribution channel: with the advent of large supermarkets and hypermarkets that determined the time of purchase as an individual choice, advertising remained an element outside the point of sale, mainly relegated to the medium of television or print.

Today’s trend, however, sees the recovery of the unity of the two channels: the public, probably tired of virtualization promoted by technology, seems to have rediscovered the importance of human contact, and also look for it in the store, where he wants to establish a participatory and emotional relationship.

That’s why the point of sale responds, equipping itself with communication and attraction tools that can involve the customer in a total way, based on the stimulation of the customer in all five senses.

Sight and hearing, while remaining the main senses involved (as in traditional communication), are now flanked by smell, as it seems that smells and scents play a fundamental role both in the phase of approaching the product and in maintaining the memory: in the same way is involved more touch and taste, having the opportunity to touch the product with sampling, or taste it through tasting.

It is therefore not surprising that the marketing literature has been concentrated, especially in recent years, of numerous
contributions related to the analysis of what is defined as experiential marketing: contemplating the emotional and emotional dimension of shopping, the role of the atmosphere of the point of sale is emphasized, as a tool for generating value for the consumer as well as the direct relationship with those who present the product. The design of pleasant and engaging sales environments, perceived favourably by consumers at a multisensory level, as well as the possibility of human relations, thus become a fundamental tool of differentiation for the achievement of competitive advantages in the medium and long term.

The trend towards a return to the origins can therefore be highlighted, in which the “shops” (understood as points of sale) regain their own communicative centrality, because they are a privileged place where consumers interact more directly with businesses.
This new role of the commercial space, from “place to sell” to “place to communicate” leads companies to choose to be more and more visible and present in the preferred vehicles of consumption, allowing direct marketing and relational interventions within them.

Precisely because today the offer is characterized by hyperdifferentiated products that makes them, paradoxically, all the same and, therefore, poorly endowed with that character of uniqueness that leads the consumer to prefer one product over another, the competitive advantage is achieved by proposing a memorable experience, both from the sensory point of view and relational. 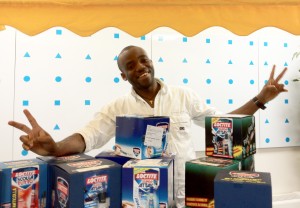 In this context, the so-called SEMs (Strategic Experiential Modules) play a decisive role, which decline, through five types, the experience of product knowledge. The five types of Strategic Experiential Modules are: the Sense (based on the five senses), the Feel (sensation experiences of the client), the Think (the thought of the client), the Act (an invitation to physical and bodily action) and finally the Relate module (the individual relates to himself and others).

Through the stimulation of SEM – Sense, Feel, Think, Act, Relate – the client can be induced to perceive positive emotional states, which are fundamental to obtain favourable purchasing and consumption behaviour for the company.

The figure of the promoter, as a professional profile able to establish a relationship of trust with the customer and able to guide him in the active multisensory experience of product knowledge, is therefore a fundamental element for effective and competitive communication.

« In Store Promotion for Lego Friends

The role of the Interpreter in business and events »